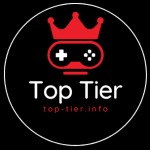 The Trapsin (Trapper Assassin) is one of the strongest and most popular caster builds in Diablo 2 currently. It relies mainly on the attacking skill Lightning Sentry, but Death Sentry or Fire Blast can also be utilized to kill Lightning Immune monsters. The build is quite expensive, for optimal performance you will need an Enigma in order to be able to move fast. The playstyle is relaxing, once you put down the traps they will do their job and take care of enemy monsters. You can start your ladder season with a Trapper, just don’t expect extraordinary performance, unless you are in a party that has Conviction aura or a necromancer with the Lower Resists curse.

Traps deal immense damage, so in endgame gear you will clear mobs in no time. Boss kills will also be fairly fast, but Uber Tristram can cause you trouble. As with other Assassin builds, their survivability is not their greatest strength, so I’m not suggesting the build for hardcore. Trapsins are great for MF-ing, as with high faster casting rate they can get to Bosses quickly, and they can wear magic find gear with minimal compromises. Once they have an Infinity on their Merc, even lightning immune monsters can be killed by the Lightning Sentries, so the whole game can quickly be soloed. Runspeed and mobility can be incredible if you cast Burst of Speed, especially while you wear an Enigma. A solo Chaos or Baal run in high-end gear will take you less than 4 minutes. Trap Assassins, just like Javazons, are great members of parties due to their immense lightning damage and fast mob clear speed.

Playing solo: The build is great for soloing the game. Make sure you have decent survivability, a Call to Arms can help you immensely. If you rely on Lightning Sentry, immune monsters can only be killed if you use an Infinity. Otherwise you can use Death Sentry and Fire Blast to get rid of immunes, and your Merc can help aswell.

Playing in a party: Parties generally like Trapsins, as their Lightning Sentry deals immense damage and can clear mobs very fast. By using a nightmare act2 defensive merc the party will gain the Holy Freeze aura, and if you use Infinity runeword on him, the whole party can benefit from it’s Conviction aura.

Survivability, Hardcore: I wouldn’t suggest the build for hardcore, but it can have decent survivability. Reaching 4k life is doable, and by using Fade and having a high level Weapon Block you will be tough to kill.

Damage output: In top-tier gear you will be able to one-hit many monsters, and Boss kills won’t take any longer than a few seconds either.

Where to farm: Anywhere! Trapsins are best fit to farm areas with high monster density, but you can use it for Boss farming too.

Magic Find: The build is great for magic find due to the fast teleportation and movement, and the damage output even in Magic Find gear. Make sure to use 7% Magic Find Small Charms and a Gheed while MFing.

Budget: If you want ideal performance, the build will be very expensive. Budget options are available though.

Mana/Life: Mana and Life issues can only be solved by potions. For mana recovery you can also use an act2 merc with an Insight runeword equipped.

Movement/Mobility: The movement speed and mobility can be amazing with Burst of Speed, especially if you wear an enigma, not to mention the fast teleportation if you have decent Faster Casting Rate.

Ubers: Trapsins are not efficient against Ubers. If you insist to do them, use survivability gear and wear an Infinity as your weapon. Have your belt stacked with Full Rejuvs.

During leveling, our aim is to maximize damage output for quick progression, have decent survivability so you won’t die frequently, and have decent movement speed.

Skills: During leveling, put a skill point on Burst of Speed and Fade and use either of them as you see fit. Put a point on Weapon block, Shadow Warrior and Shadow Master, and have a Shadow Master casted at all times. Put a skill point on Mind Blast and its prerequisites once it becomes available, and use it to stun monsters while your traps attack them. Use Fire Blast, then Shock Web, then Charged Bolt Sentry and finally Lightning Sentry as your primary attacking skill as you progress.

Stats: Have enough strength and dexterity to be able to wear useful gear. Put all the remaining stat points on Vitality.

How it works: Each second in the game consists of 24 frames or “ticks”. Your breakpoints decide how many frames it will take until you can attack/cast a skill/recover from a hit/ block a new hit.

The Lightning Trapsin deals the most amount of damage amongst trappers, but you can use Death Sentry, or use Fire traps instead of lightning ones.

Survivability can be boosted by using a variety of items for difficult situations. In a proper setup, your character can become almost immortal.

Useful skills: Having many skill points Fade will improve your survivability. Have a point on Weapon Block and use Shadow Master to increase your survival chances. In hardcore make sure to use walk instead of run, so you have better chances of avoiding being hit by monsters.

Useful items: Call to arms is the obvious secondary weapon of choice due to it’s Battle Orders and Battle Command skills, which can increase your life tremendously. Having close to the 50% physical damage reduction cap can be achieved by using  Crown of Ages helm and Verdungo belt, or by wearing Stormshield and a Verdungo belt or String of Ears. If you want to further improve your survivability, a Phoenix weapon can be usedto gain redemption aura and heal constantly. Harlequin Crest Shako can be utilized as well.Guardian Angel armor can be used to increase your maximum resistances, and for elemental damage absorption, The rising sun amulet (fire absorption), Dwarf star ring (Fire absorption), Hellmouth gloves (fire absorption), Wisp projector ring (lightning absorption), Thungergod’s Vigor belt (lightning absorption) or Raven Frost ring (cold absorption) are your options.

To have high survivability, i suggest the following:

Strength ► Just enough to be able to wear your items. With Hellfire Torch, Annihilus, Enigma and other items equipped, many points can be spared.

Dexterity ► There is no need to put points on Dexterity unless you play hardcore, in which case a shield and 75% chance to block is necessary.

Vitality ► Spend all your remaining points on it.

Energy ► Don’t spend any points on it.

You can re-stat your character by the quest reward of Akara’s Act1 Den of Evil Quest, or by using Token of Absolution

◆ Unique items as brown ◆ Runewords as gold ◆  Crafted as orange ◆

◆ Cost-effective build to start out at a new ladder season ◆

◆ Decent dps and clear speed, one of the best overall builds ◆

Weapon: Heart of the Oak Flail

Gloves:  Magefist (Upgrade it if you have enough strength)

◆ Decent dps and clear speed, one of the best overall builds ◆

Weapon: Magic Claws with +3 to traps and + 1-3 to Lightning Sentry

Secondary Weapon:Magic Claws with +3 to traps and + 1-3 to Lightning Sentry

Weapon: Magic Claws with +3 to traps and + 3 to Lightning Sentry and 40 IAS

Secondary Weapon:Magic Claws with +3 to traps and + 3 to Lightning Sentry and 40 IAS

Weapon: Heart of the Oak Flail 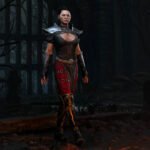 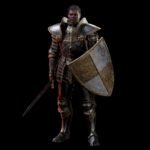 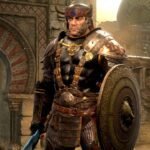 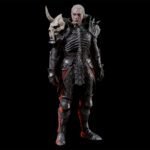 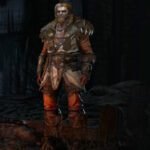